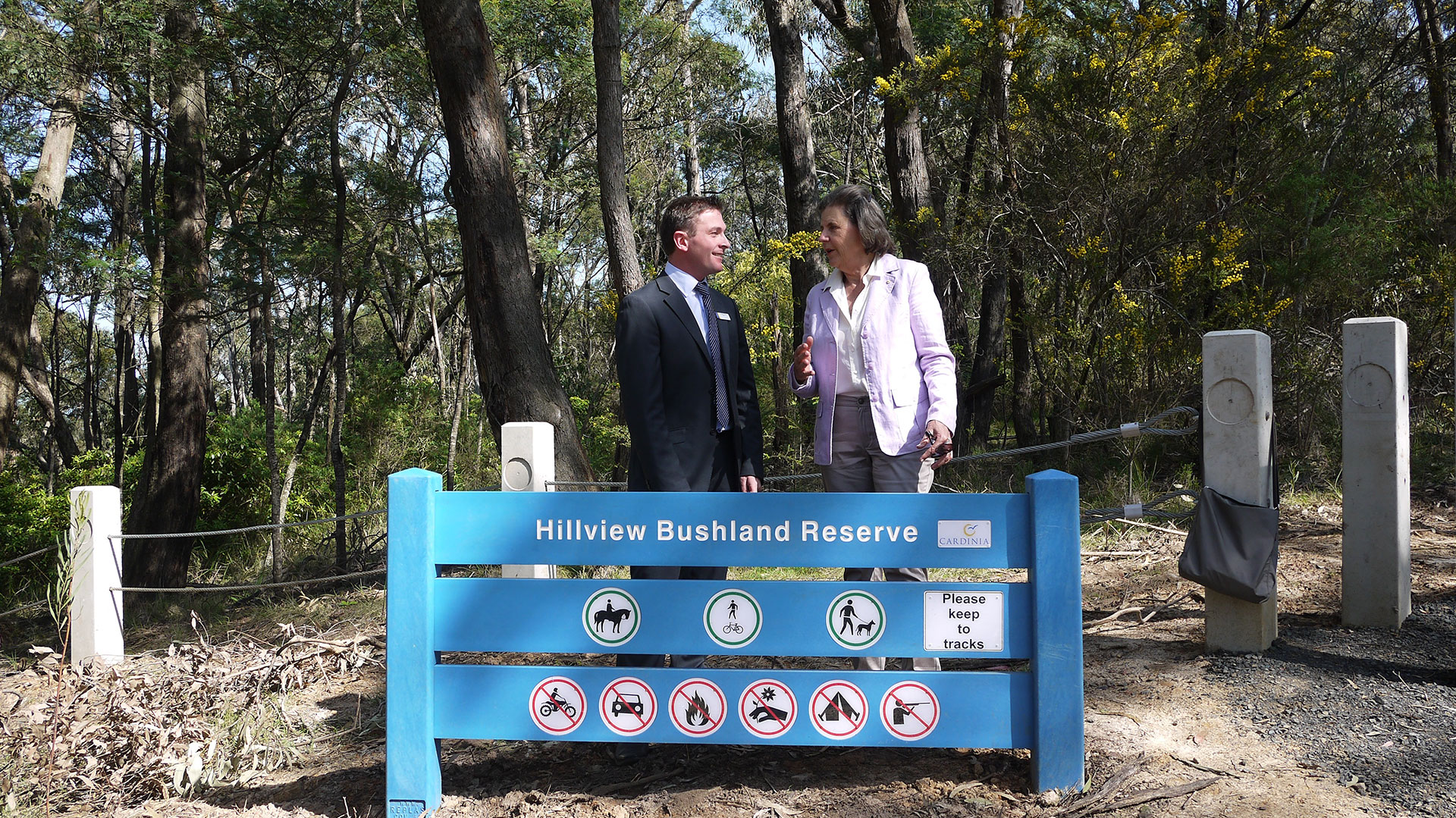 A gift of pristine bushland

This story was originally published in 2013, when the land was gifted to council:

Residents of Pakenham, Officer, Upper Beaconsfield and the surrounding area will be able to enjoy a wonderful new recreation reserve following a gift of 47 hectares of pristine bushland to Cardinia Shire Council. Known as the Hillview Bushland Reserve, the land lies between Bathe Road and Carpenters Road and is bisected by Officer Road.

The Ross Trust, through its subsidiary Hillview Quarries, has donated the area – the equivalent size to 25 MCG’s – to protect local flora and fauna and for the recreational use of the community.

The land has important environmental conservation values and is now permanently protected by a Trust for Nature conservation covenant.

Mrs Eda Ritchie, Chairman of the Ross Trust and a director of Hillview Quarries, said the company recognised the important conservation values of the area and the value of protecting it for the future.

Hillview Quarries originally purchased the land in the 1980s to expand the company’s quarrying interests. However, the land was found to be surplus to its commercial interests, so the Trust requested Hillview set aside the 47 hectares for a reserve which the Cardinia Shire now owns on behalf of the community. An adjacent seven hectares was subdivided into nine large residential blocks. These residential blocks, running off Bathe and Leppitt roads, are for sale and the proceeds will enable more charitable grants throughout Victoria.

Cr Owen said the gift of the reserve was an example of how business, local government and philanthropy can work together for the lasting benefit of the local community.