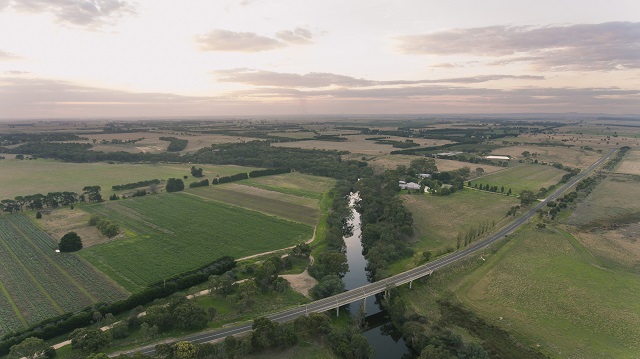 Changing the rules on protection and restoration of waterways

Environmental Justice Australia (EJA) wants to shift the focus of waterway management from maintenance and managing decline, towards long-term restoration and protection, leading to improved outcomes for our rivers and wetlands.

Building on their successes with the passing of The Yarra River (Wilip-gin Birrarung murron) Protection Act 2017, EJA is continuing to expand its River Laws Program – including Indigenous perspectives and urban perspectives central to the discussions – with philanthropic support.

The Ross Trust has provided a $100,000 grant towards the River Laws Program, to advance law and policy reform for the protection and restoration of urban waterways and for Indigenous water rights in the southern Murray Darling Basin (MDB).

EJA Lawyer, Dr Bruce Lindsay, says the intention is to translate Indigenous knowledge, practices and priorities for the waterways into legal and policy outcomes. It’s a model which could be applied elsewhere, if successful.

“The Murray Darling Basin Plan includes requirements for Indigenous consultation, and we give the MLDRIN advice on Basin Plan issues when they need it.”

The EJA is also looking to work with Traditional Owner groups about how they can achieve greater control over water, river and wetlands management through applying cultural flows models and concepts.

“We have advised on Indigenous consultation on water resource planning in the Wimmera and Northern Victoria. This occurs under the Basin Plan,” Bruce said.

“Indigenous voices in waterway management is fundamentally important because even where there is native title or rights in land, Aboriginal influence and control over water presently remains negligible and that is unacceptable.

“Rivers and wetlands are central to identity and country, so separation of land and water is a fundamental issue. Access to water is problematic from a legal and political perspective as there are competing priorities, especially when irrigation is involved.

“State and federal policy and law makers have come a fair way. There is more influence of Aboriginal communities over waterways and better ways to apply and implement the law, but we are still keen to change the rules of the game.”

Bruce says there have been some big shifts around the world in how we are managing the environment coinciding with governance models that promote the ‘legal rights of nature’ including where a place or a river has status as a legal person. There is usually a strong Indigenous involvement in these models where they have been used or approximated, such as for the Whanganui River in New Zealand and on the Yarra in Melbourne.

When they look at the issues around our waterways, EJA is considering not only how to protect the assets for environmental, social and economic reasons but where they can assist the promotion of Aboriginal leadership in waterway management.

Aboriginal leadership is crucial to protection and restoration of rivers and waterways. This is true of rivers in crisis, such as on the Darling River where Barkindji have led resistance to poor management, as well as in strong restorative outcomes such as Gunditjmara leadership on UNESCO World Heritage listing of Budj Bim in south-west Victoria.

A raft of urban waterways in Victoria’s west and the users of those waterways are also set to benefit from EJA’s work and focus on restoration.

“The Birrarung (Yarra) model is one which is now influencing nationally and internationally,” Bruce says.

“One of the things that emerged from the Yarra River Act is that the communities in the north west of Melbourne – in the Barwon and Moorabool catchments – are also looking to establish special purpose laws for their waterways. We’re working with community groups and urban communities to see what improvements can made to the law.”

As an independent voice, EJA not only uses its legal skills to help communities and environmental NGOs protect vital environmental assets but it also advocates strongly on behalf of its clients, conducting research and engaging in community education to build the strength of its cases and projects.

“If done the right way, this kind of work aims to help the whole community as well as our particular clients.”

Consistent with both former and current Ross Trust granting strategies, EJA’s work is addressing the poor state of Victoria’s rivers and inland waterways. The most recent Victorian State of the Environment Report indicated freshwater biodiversity is in decline.

Other funders including the Helen Macpherson Smith Trust and the Lord Mayor’s Charitable Foundation are contributing to this important work which can set a clear way forward for the use of one of, if not the, most precious resource we have—water.