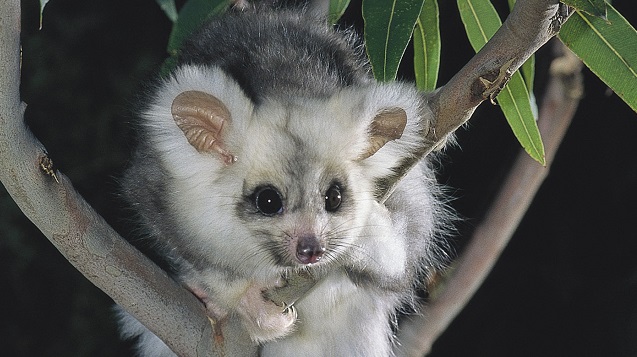 Squirrel, Sugar and Greater Gliders – along with other vulnerable species – are expected to return to a stretch of Victoria between the Grampians and Victorian Alps thanks to a biolinks project ‘Glideways in the Melbourne Ark’.

Crucial to the success of this project is its scientific underpinnings, harnessing the passion and will of local communities and philanthropic support.

With the involvement of Landcare groups, the community, and the backing of several philanthropic organisations, the Biolinks Alliance is restoring and reconnecting bushland to improve the habitat and our understanding of native gliders.

Led by Dr Sophie Bickford—conservation ecologist and former Research Scientist of the CSIRO’s Centre for Plant Biodiversity Research and Chief Scientist at Carbon Planet— the Biolinks Alliance has 18 member Landcare and environment networks representing over 2000 landowners.

The Biolinks Alliance has the goal of restoring and reconnecting bushland across central Victorian landscapes in a coordinated effort. This means re‐connecting isolated areas of native vegetation to
increase habitat and provide opportunities for migration, propagation, refuge and maintaining genetic diversity for native flora and fauna.

Loss of habitat and fragmentation are amongst the greatest causes of species extinctions worldwide.

Victoria’s landscape has been heavily cleared leaving isolated fragments of habitat which prevent species from adapting to climate change. Biolinks’ work recognises this challenge and sets out to
rectify this at a landscape scale.

The Glideways project is inspired by one in NSW, called the Squirrel Glider LAP (Local Area Plan) and Executive Director of the Biolinks Alliance, Sophie Bickford, would like to see us borrowing a little
from our NSW cousins. “We don’t have a lot of this kind of thing in Victoria. I would like to see more of this kind of local area planning, based around ecological targets for viable and resilient populations of native animals.

“Our gliders are on a downward trend and we need to see a boost in habitat health, area and connectivity to get to establish viable populations. We need to see roughly 1000 individuals in a local area so that the population is resilient to change and shock.

“This project is affording us the opportunity for some strategic planning – we are in the early days of information collection, capacity building and planning. Often this is the stage that doesn’t get done
properly as we rarely have the chance to invest in it. We look at things like where does the species exist? How can we achieve connectivity of the different populations? How can we connect viable land?

“We need about 10 hectares to support a family of gliders – so if we know there are two, 4 hectare blocks not far from each other, can we reconnect them with trees to readily increase suitable habitat.

“Science tells us the distance the gliders can move, the types of trees they like – we need a corridor here and there to enable the expansion of that habitat,” Sophie says.

One of the key outcomes of this project will be a Regional Glider conservation action plan. The plan will be developed with the involvement of the local Landcare groups, which will build their capacity
and increase their access to scientific knowledge to prioritise and coordinate their efforts for more effective nature conservation.

With the guidance of the Biolinks Alliance, there is lots of good collaborative work going on with universities, other environmental practitioners and local shires like the Macedon Ranges. “This kind
of iconic species approach, where we focus on the glider, for example, allows us to create an umbrella for ongoing collaboration. Central to the success of ‘Gliders in the Melbourne Ark’ is engagement with the community and a citizen science approach, which we are seeking to increase, particularly in relation to data collection,” Sophie says.

“We need buy in from landowners so they can take action and help conduct regular surveys of the population.

“The Biolinks Alliance project team is training the local community to do its own monitoring, showing them how to build nest boxes, test them and collect data and record it centrally.

“People are doing great work already; we are just providing some practical tools to help. We run workshops with field ecologists. It’s a shared learning approach as we very much value the
knowledge of the local area. We value the different perspectives too.

“If you want a practical plan that can be implemented in the real world, then we need to match current practice and ecological findings to come up with practical solutions.

“We are elevating local knowledge, but we have quite a definite approach to trying to embed shared learning. We need to harness the passion and the will of local communities.”

Other fauna set to benefit from the Melbourne Ark project include critically endangered and vulnerable species such as the Brush‐tailed phascogale, Eastern Barred Bandicoot, Spot‐tailed quoll,
Swift parrot and Powerful and Masked owls.

Along with an increase in the capacity and knowledge of local environmental groups and a conservation plan for the future, the Biolinks Alliance will host a science and practice symposium in
2020 by the same name— ‘Glideways in the Melbourne Ark’ – bringing practitioners together to further share what they have learnt and achieved.

To Sophie, this project is a clear case of philanthropy stepping in when government won’t. “Philanthropy is absolutely vital to this project. Government is not investing in things for the long term or things that aren’t immediately glamorous.

“For the Biolinks Alliance this will give us some good prospectus material for future funding.

The Ross Trust has contributed a grant of $80,000 over two years to Glideways in the Melbourne Ark.