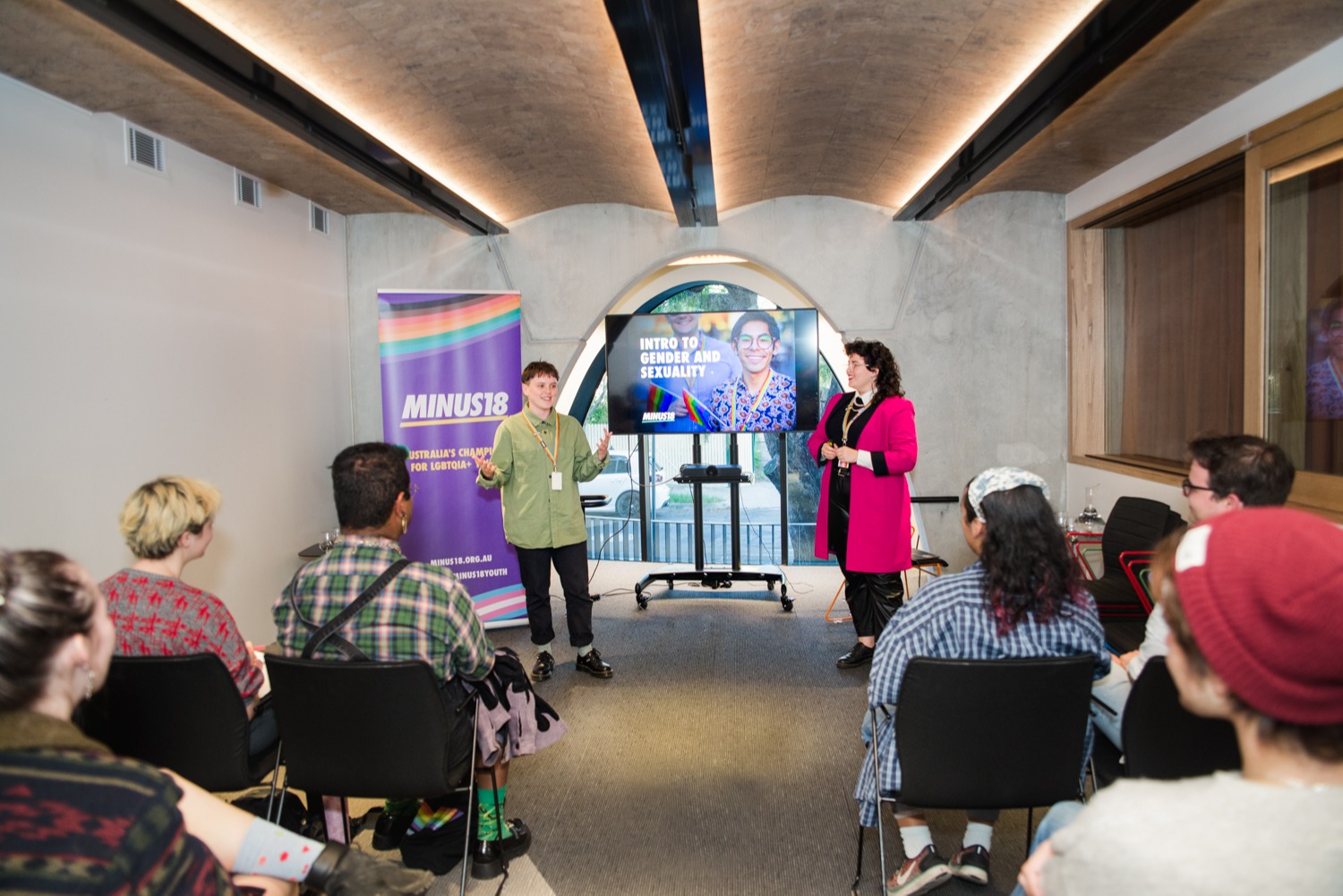 A recent study by LGBTQIA+ youth organisation Minus18 found that only 37 per cent of students in regional and rural schools felt that it would be safe for them to come out.

That statistic equals a lot of students at risk of disengaging and leaving school early, says Minus18 Strategic Relationships Lead, Adrian Murdoch.

“Students need a safe environment to finish their education, which is often addressed at schools through security, supervision, building requirements, and duty of care,” Adrian said. “However, based on the percentage of students feeling unsafe to come out, LGBTQIA+ education should also be considered essential in creating safe spaces.”

The Ross Trust is providing a $120,000 Smart Grant over the next three years to Minus18 to deliver a project to address discrimination and bullying in schools.

The project, Building LGBTQIA+ inclusion in Regional & Rural Victorian Schools, will deliver free workshops and education to students and teachers at 25 schools each year. There is already a waiting list of more than 60 rural and regional schools wanting to hold a workshop. Minus18 prioritises schools that support intersecting marginalisation including schools who support students who identify as LGBTQIA+ and First Nations, from low socio-economic communities, living with a disability and culturally and linguistically diverse backgrounds and other marginalised backgrounds.

"Minus18 workshop content delves into the gender spectrum and ensures all genders feel safe and heard, as well as creating spaces outside of the workshop through gender diverse allyship," Adrian said. "We also have multiple genders in our workshop presenter team, and within the project organisation and delivery, to ensure lived experiences helps to create empathy and understanding.”

Research such as Trans Pathways and Writing Themselves in 4, shows that compared to the general population in Australia, LGBTQIA+ young people were

- more likely to be bullied at school.

The Ross Trust CEO Sarah Hardy said of the 56,000 registered charities with the Australian Charities and Not-For-Profits Commission in Australia, only 76 charities were dedicated to serving the LGBTIQA+ community.

“Minus18 is one of, if not the only, organisations in Victoria working directly with schools to address discrimination and build social inclusion in education, where young people are safe, empowered, and supported,” she said.  “Minus18 has a decade of experience in this space and is the leader in delivering this education in Australia.”

“It’s great that presenters are diverse LGBTQIA+ team members who have facilitation skills and experience in connecting young people to direct support services as required to ensure they are safe, without compromising their own mental health”

Minus18 will survey teachers and students after the workshops to gather data for future programs, and sometimes for reports to benefit other LGBTQIA+ organisations. One of these reports is available on the Minus18 website, Queer Out Here, which through consultation with students, teachers and LGBTQIA+ young people in regional and rural communities, Minus18 began to develop a more specific lens to challenging discrimination in a way that speaks to these audiences specifically.

It was highlighted that in regional and rural communities, there was a lack of visibility around LGBTQIA+ identities and inclusion, as well as limited access to support compared to metropolitan communities. The funding from The Ross Trust will not only allow Minus18 to bring LGBTQIA+ visibility to these schools and community groups, but also to deliver this completely free, to ensure equitable access.

Find out more about Minus 18 programs.