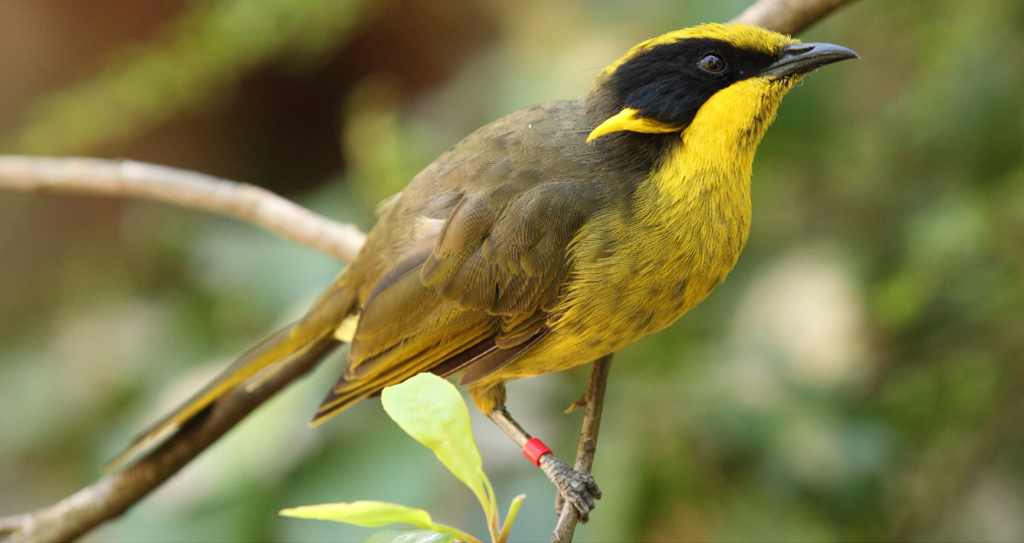 Restoring habitat for our State emblem

The Helmeted Honeyeater is the Victorian State avian emblem and is critically endangered. However, a strategic habitat restoration project in the Yarra Valley is starting to net results.

“It’s a bit like the canary down the coal mine,” says acting president of the Friends of the Helmeted Honeyeater, Alan Clayton, “the health and numbers of the honeyeater are an indication of the state of the overall habitat.”

Working on Sheepstation Creek in Yellingbo Nature Conservation Reserve (YNCR), a narrow sedge-rich swamp gum habitat with a wide range of rare flora and fauna in the Yarra Valley, the Friends of the Helmeted Honeyeater have been taking a whole of ecology approach and, with the help of a $30,000 grant from the Ross Trust, restoring the habitat of this beautiful yellow and grey bird.

The restoration of a good habitat is based on a combination of science and experience with the help of almost 200 volunteers. Half a million tree shrubs have been planted in the reserve, one of the largest supplementary feeding programs in the country has been implemented, and changing the release time of birds bred in captivity in Healesville, from spring to autumn, is netting great results.

Where the honeyeater was all but gone, now over 200 are living in the YNCR.

A fencing project was a crucial component of the plan, with deer and kangaroo populations providing a significant impediment to the honeyeater maintaining access to enough food and shelter.

Alan says the fact that the Friends of the Helmeted Honeyeater group have been able to start scaling back the supplementary feeding program is a great sign of success.

This work is the first step in creating a corridor of protection, which will allow species to move and stay safe, even in times of disease, fire or drought, all of which have had significant impacts in the past.

The Helmeted Honeyeater remains critically endangered and that classification won’t be downgraded until there are over 1,000 birds in at least 10 separate colonies. There is a long way to go.