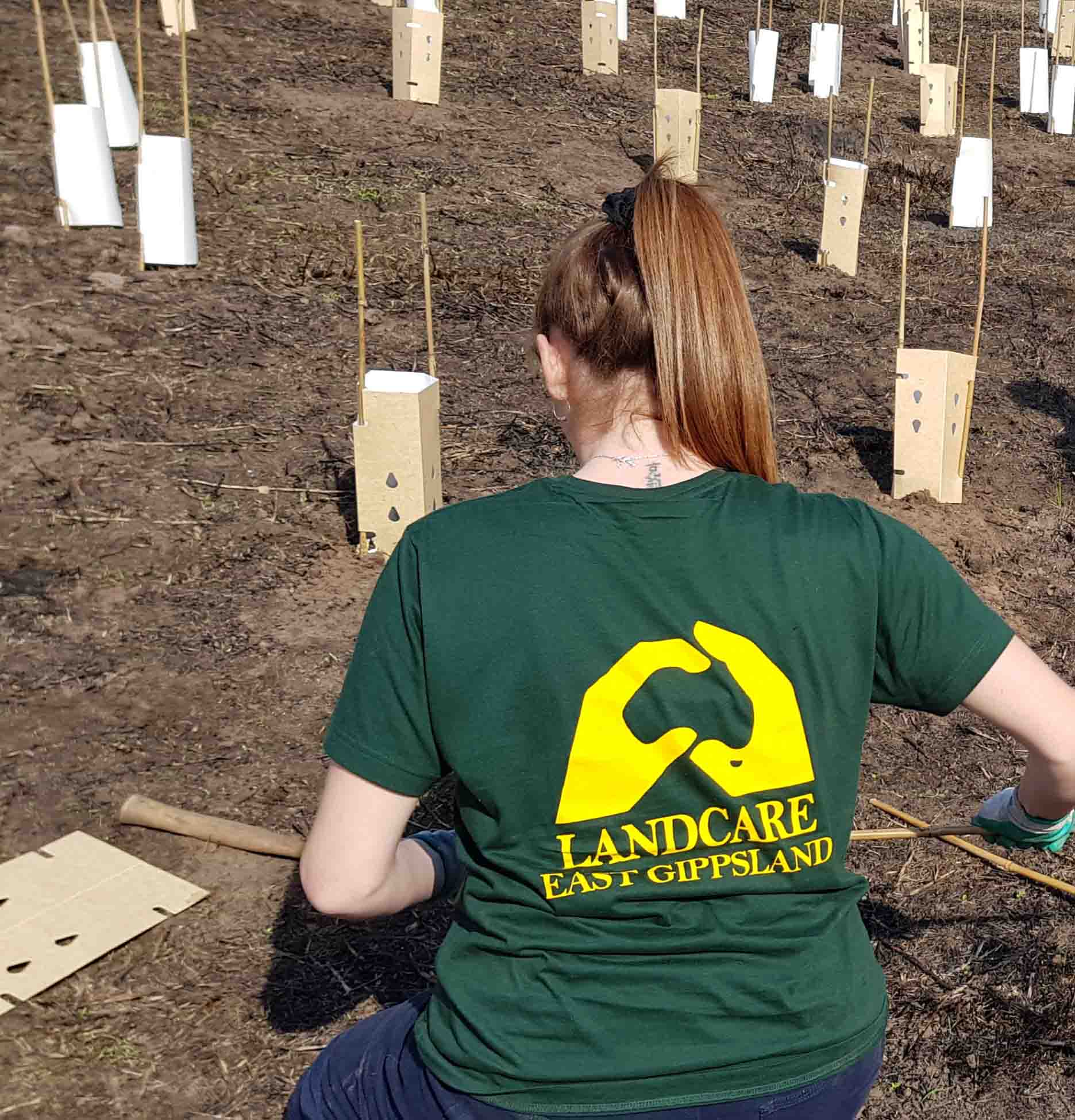 As we approach the summer, East Gippsland is looking lush and green – but it was a very different story two years ago, when bushfires devastated the region, along with many other parts of Australia.

In the aftermath of the 2019-20 disaster, the East Gippsland Landcare Network (EGLN) quickly began planning recovery and regeneration, but they needed extra funds to turn their ideas into reality.

The Ross Trust has now played a key part in the healing of the land through providing a bushfire recovery grant of $89,950.

“We’ve planted thousands of seedlings, installed tree guards, built three kilometres of fencing to exclude livestock and feral animals from plantations, and worked with landholders to help them understand our work,” Matt says.

The network installed photo point posts and trail cameras, which allow useful and accurate monitoring of vegetation and animals.

“In the past, people would take photos, and then a different person would come along months or years later and take photos from different angles,” he says. “These posts mean we can now see exactly the changes in the same location as time goes on – see the growth, and the types of animals, whether they are lyrebirds and kangaroos or feral animals such as deer and foxes.”

Landholders and the local media have also reaped the benefits of funding, with the Landcare team producing booklets and mapping information and media releases.

Matt says the pandemic presented challenges to their work, such as not being able to plant on some areas of land due to lockdowns.

“However, our staff have been so adaptable and have jumped every hurdle,” Matt says. “It’s now all looking fantastic and we’re so grateful to The Ross Trust for providing the funding. East Gippsland is looking as lush and green as I’ve ever seen it.”

“We were so pleased to be able to support the East Gippsland Landcare Network last year in their work to help the recovery of the land,” she says.

The Ross Trust had previously provided a three-year biodiversity conservation grant to EGLN for their Lungs of the Lake project.