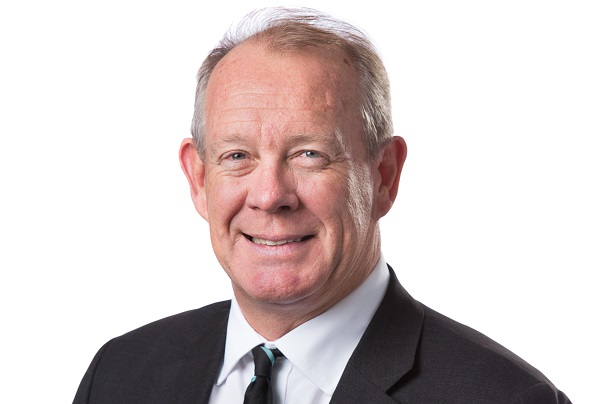 Corporate advisor and passionate education advocate, Jeremy Kirkwood, is the new Chair of the Ross Trust and hopes to continue the Trust’s increased commitment to advocacy and other strategic approaches to philanthropy.

With the customary annual rotation of chair responsibilities, Jeremy has taken the Chair for the first time since joining the Trust as a Trustee in August 2017; a role he says is essentially the first among equals.

Jeremy takes over from Geoff Nicholson, who has led the Trust through the last 12 months, taking on the challenges of the bushfires and coronavirus with a clear approach to providing both short and long-term support to communities affected by the twin crises.

Geoff has overseen the introduction of the Ross Trust’s five-year strategy and a place-based approach to working with the communities in the Mornington Peninsula.

“The way the Trustees work, this role is the first among equals and I really enjoy the collaborative and collegiate approach we take,” Jeremy said.

“Geoff has certainly operated that way – he’s very inclusive. I think he’s worked well with Sarah (Hardy, Ross Trust CEO) to bed down the new strategy and that’s no easy thing. The fact that we have moved very seamlessly to the new strategy is a testament to his leadership.”

As the outgoing Chair, Geoff agrees that the work starting to implement the new strategy, with its increased focus on education and biodiversity – a direction chosen by the Trustees the prior year – was the highlight in his time in the role.

Geoff says “I’m very pleased with the grants that have been achieved this year, particularly the surprising take up in biodiversity. In past years, despite opportunities being available to all environmental organisations, the Trust received very few environmental grant applications, but this year we have been pleasingly overwhelmed with interest and invested in some wonderful biodiversity grants.

“I think of them as investments because the Trust likes to take such an interest in progress with the grants and work with grantees to reflect on the outcomes achieved.”

Jeremy sees one of the Ross Trust’s strengths as its nimbleness. “We’re able to respond to situations quickly and reasonably meaningfully, so that we can spend money to make a difference.”

He says this is a credit to the team and has also been a significant advantage, as they have worked their way through a response to bushfires and the current pandemic.

“Also, as we become more strategically minded, it does help you focus and respond to these emergencies in line with your strategy,” Jeremy said.

He too has been buoyed by the increase in the biodiversity conservation grants. “I have been surprised and pleased that we’ve been able to support so many programs in the environmental space in the first year of the strategy.

“I’m looking forward to working closely with Sarah and the team and gaining a deeper understanding of the issues. Through that work I will be able to get closer to the grantees and also potential beneficiaries of our grants, to see how we might be able to work together in future.”

With a passion for education informed by his long commitment to independent schools as the immediate past chair of Independent Schools Victoria and Geelong Grammar School, Jeremy says what first attracted him to the Trust was the opportunity to be involved with an organisation helping disadvantaged Victorians.

The man who has been described by Ian Darling AO, Australia’s Leading Philanthropist 2017, as the greatest volunteer Geelong Grammar has ever had, says “I know my parents sacrificed a lot to send me to a very good school. I like to think that all schools are good and education is the basis for opportunity – it helps no matter what the circumstances or where you came from. It helps you and it helps others.”

A home-grown Benalla boy, Jeremy said the way the Ross Trust had been involved with supporting local community capacity and education, gave him a positive view of how philanthropy could work with small Victorian communities, and aligned with his commitment to the power of education.

Over his first two years with the Ross Trust, Jeremy said he’s really had his eyes opened to the huge gaps between what he thought was funded by government and what happens on the ground, particularly in education.

“Philanthropy has to step in and do things I thought government was doing. This has been an eye opener but it’s also an opportunity; to utilise advocacy to get government to do what needs to be done and help leverage government funds. Philanthropy can be more strategic in that way and I’m really keen to develop a greater understanding of how philanthropy can influence and leverage.”

Jeremy has also been impressed by the way philanthropy is utilising some of the newer models of financing social change. Coming from a markets and finance perspective, he is particularly pleased to see financial market principles applied to philanthropy. Jeremy notes impact investment and innovative models, such as the Living Learning Program run by the Melbourne City Mission and recently supported by the Trust.

Jeremy Kirkwood takes on the role of Chair of the Ross Trust from 1 July for the next financial year.

You can read more about the Trustees of the Ross Trust here.